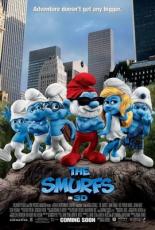 When the evil wizard Gargamel chases the tiny blue Smurfs out of their village, they tumble from their magical world and into ours -- in fact, smack dab in the middle of Central Park. Just three apples high and stuck in the Big Apple, the Smurfs must find a way to get back to their village before Gargamel tracks them down. 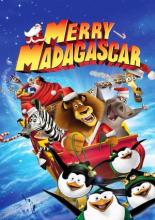 The Zoosters are back in an all-new holiday adventure. When Santa and his reindeer crash onto the island of Madagascar it's up to Alex, Marty, Gloria, Melman and those wacky penguins to save Christmas. Get ready for a sleigh full of laughs in this hilarious new holiday classic. 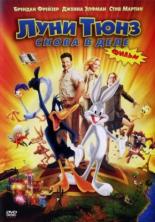 Fed up with all the attention going to Bugs Bunny, Daffy Duck quits Hollywood, teams up with recently-fired stuntman Damien Drake Jr. and embarks on a round-the-world adventure, along with Bugs and The VP of Warner Bros. Their mission? Find Damien's father, and the missing blue diamond... and stay one step ahead of The Acme Corp., who wants the diamond for their own purposes. 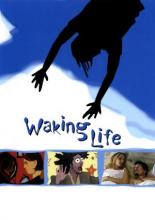 Waking Life is about a young man in a persistent lucid dream-like state. The film follows its protagonist as he initially observes and later participates in philosophical discussions that weave together issues like reality, free will, our relationships with others, and the meaning of life. 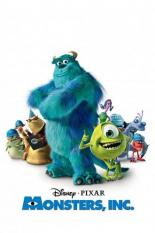 James Sullivan and Mike Wazowski are monsters, they earn their living scaring children and are the best in the business... even though they're more afraid of the children than they are of them. When a child accidentally enters their world, James and Mike suddenly find that kids are not to be afraid of and they uncover a conspiracy that could threaten all children across the world. 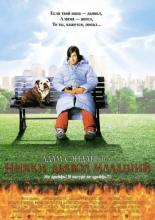 After the lord of darkness decides he will not cede his throne to any of his three sons, the two most powerful of them escape to Earth to create a kingdom for themselves. This action closes the portal filtering sinful souls to Hell and causes Satan to wither away. He must send his most weak but beloved son, Little Nicky, to Earth to return his brothers to Hell. 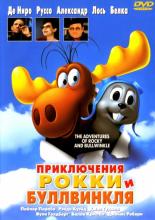 Rocky and Bullwinkle have been living off the finances made from the reruns of their cartoon show. Boris and Natasha somehow manage to crossover into reality and team up with Fearless Leader, an evil criminal turned media mogul with some evil plans up his sleeve. Rocky and Bullwinkle must stop the three of them before they wreak havoc. 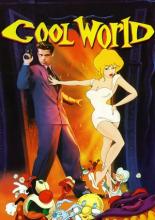 Jack Deebs is a cartoonist who is due to be released from jail. His comic book "Cool World" describes a zany world populated by "doodles" (cartoon characters) and "noids" (humanoids). What Jack didn't realize is that Cool World really does exist, and a "doodle" scientist has just perfected a machine which links Cool World with our world. Intrigued at seeing his creating come to life, Jack is nonetheless wary as he knows that not everything in Cool World is exactly friendly. 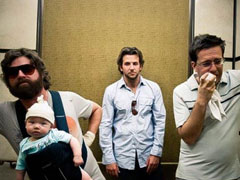