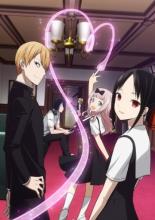 Considered a genius due to having the highest grades in the country, Miyuki Shirogane leads the prestigious Shuchiin Academy's student council as its president, working alongside the beautiful and wealthy vice president Kaguya Shinomiya. The two are often regarded as the perfect couple by students despite them not being in any sort of romantic relationship.However, the truth is that after spending so much time together, the two have developed feelings for one another; unfortunately, neither is willing to confess, as doing so would be a sign of weakness. With their pride as elite students on the line, Miyuki and Kaguya embark on a quest to do whatever is necessary to get a confession out of the other. Through their daily antics, the battle of love begins! 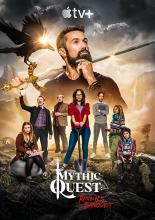 Meet the team behind the biggest multiplayer video game of all time. But in a workplace focused on building worlds, molding heroes, and creating legends, the most hard-fought battles don’t occur in the game—they happen in the office.

When an arrogant, maverick National Security Agent comes over from the US to join a newly-formed team tackling cybercrime at Britain's security headquarters, he enlists an inept and tactless computer analyst Joseph in a power grab that threatens to disrupt the team’s ability to combat cyber terrorism. 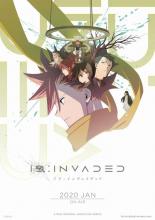 Sakaido is a genius detective who can track down any criminal. But when his daughter is murdered, revenge lands him on the other side of the law. Now in prison, he helps the police solve mysteries using a system that invades a person’s identity. Little by little, a trail of blood forms, and it all leads back to his daughter’s murderer.

TV series about the office 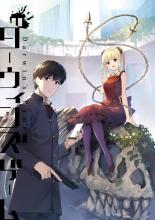 Sudou Kaname, an ordinary high school student, receives an invitation email to try a mysterious app called "Darwin's Game." Kaname, upon launching the app, is drawn into a game where players fight one another using superpowers called Sigils. Without knowing the reason for all this, can Kaname survive furious battles against the powerful players who attack him? 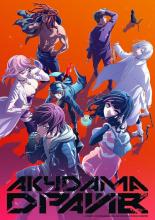 Many years ago, a Great Civil War ravaged Japan, leaving the country fragmented between two regions: Kansai and Kanto. In Kansai, a group of six Akudama carry out missions given to them by a mysterious black cat, while evading the police. But a dangerous journey is about to unfold when a civilian girl becomes twisted into the Akudama's way of life and witnesses their criminal drives. 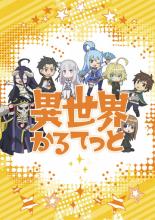 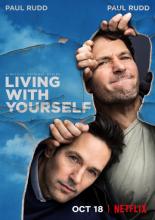 Burned out on life, Miles undergoes a strange procedure at a strip mall spa -- and wakes to find he's been replaced by a better version of himself. 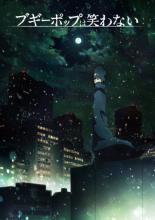 There is an urban legend that tells of a shinigami that can release people from the pain they are suffering. This "Angel of Death" has a name—Boogiepop. And the legends are true. Boogiepop is real. When a rash of disappearances involving female students breaks out at Shinyo Academy, the police and faculty assume they just have a bunch of runaways on their hands. Yet some students know better. Something mysterious and foul is afoot. Is it Boogiepop or something even more sinister...?

As regular high school students Taichi and Rin disappeared in a beam of light. When they came to, the two of them were already in a world of swords and magic. Finally getting away after experiencing an attack by monsters, following the suggestion of adventurers they headed on the path towards the guild. In the guild, the two of them found out that they possessed unbelievably powerful magic. Thus the regular high school students transformed into the strongest cheats... 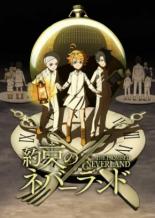 The one adored as the mother is not the real parent. The people living here together are not actual siblings. The Gracefield House is where orphaned children live. An irreplaceable home where 38 siblings and Mom live happy lives, even with no blood relations. However, their everyday life suddenly came to an abrupt end one day... 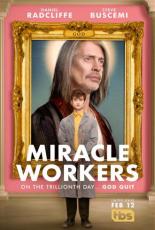 A comedy set in the offices of Heaven Inc. When God plans to destroy the Earth, two low-level angels must convince their boss to save humanity. They bet him they can pull off their most impossible miracle yet: help two humans fall in love. 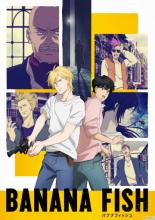 Nature made Ash Lynx beautiful; nurture made him a cold ruthless killer. A runaway brought up as the adopted heir and sex toy of "Papa" Dino Golzine, Ash, now at the rebellious age of seventeen, forsakes the kingdom held out by the devil who raised him. But the hideous secret that drove Ash's older brother mad in Vietnam has suddenly fallen into Papa's insatiably ambitious hands—and it's exactly the wrong time for Eiji Okamura, a pure-hearted young photographer from Japan, to make Ash Lynx's acquaintance...(Source: Viz)

Yuta Hibiki can’t remember who he is, and now he’s seeing and hearing things that others don’t! A voice from an old computer tells him to remember his calling, and he sees a massive, unmoving creature in the distance. Nothing’s making sense—until the behemoth springs to life! Suddenly, Yuta is pulled into the digital world, reappearing in the real one as the colossal hero—Gridman! 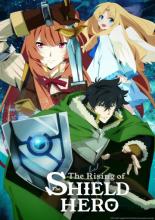 Iwatani Naofumi was summoned into a parallel world along with 3 other people to become the world's Heroes. Each of the heroes respectively equipped with their own legendary equipment when summoned, Naofumi received the Legendary Shield as his weapon. Due to Naofumi's lack of charisma and experience he's labeled as the weakest, only to end up betrayed, falsely accused, and robbed by on the third day of adventure. Shunned by everyone from the king to peasants, Naofumi's thoughts were filled with nothing but vengeance and hatred. Thus, his destiny in a parallel World begins... 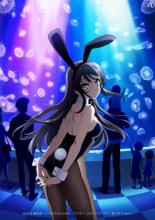 Rascal Does Not Dream of Bunny Girl Senpai (2018)

Puberty Syndrome—a rumored, mysterious syndrome that only affects those in their puberty. For example, a bunny girl suddenly appeared in front of Sakuta Azusagawa. The bunny girl's real identity is Mai Sakurajima, a teenage celebrity who is currently an inactive high school senior. For some reason, her charming figure does not reflect in the eyes of others. In the course of revealing the mystery behind this phenomenon, Sakuta begins to explore his feelings towards Mai. Set in a city where the skies and seas shine, Sakuta unfolds the meaning behind his bizarre encounters on women with the said syndrome. 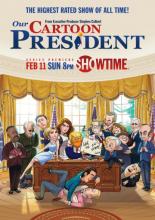 A hilarious look into the Trump presidency, animation style. Starring two-dimensional avatars of Donald Trump and his merry band of insiders and family members, this cutting-edge comedy presents the truish adventures of Trump, his confidants and bon vivants through the eyes of an imaginary documentary crew. 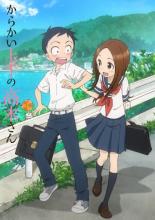 "If you blush, you lose."Living by this principle, the middle schooler Nishikata gets constantly made fun of by his seat neighbor Takagi-san. With his pride shattered to pieces, he vows to turn the tables and get back at her someday. And so, he attempts to tease her day after day, only to find himself victim to Takagi-san's ridicule again sooner than later. Will he be able to make Takagi-san blush from embarrassment even once in the end? 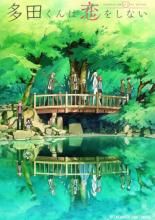 In the story, Mitsuyoshi Tada, a boy who has never known love, is taking pictures of the cherry blossoms in full bloom when he meets Teresa Wagner, a transfer student from Luxembourg. Upon arriving in Japan, she got lost, separated from her travel companion. Mitsuyoshi helps her and brings her to his grandfather's coffee shop. 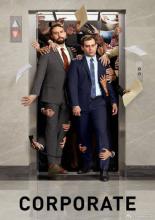 A dark, edgy look at life as a Junior-Executive-in-Training at your average, soulless multinational corporation. Matt and Jake are at the mercy of a tyrannical CEO and his top lieutenants while navigating an ever-revolving series of disasters. Their only ally is Human Resources rep Grace.

TV series about the soldier